A commission I did for a client who lives deep in Alaska. He'd written a short story about a terror they encounter outside their little village and wanted me to visualise what I saw. He wanted 0 input and didn't want to see anything until it was done so that was great, complete creative control (apart from the story he gave me, which describes the monster in often vivid detail). He's still in Alaska and won't return 'home' until May so he still hasn't seen the full image. He's asked for sneak peeks that I've given him but he doesn't want to see it until he can hold it in his very hands. He says not to mail it, as "precious things should not come out here".
#alaska monster commission illustration ink black and white

Pencil sketch in advanced stages. While the basic layout never changed much, I tinkered a lot with the angle/size/length of the arms and the shape/angle of the head. The snowy hills were added mostly to hide the true size of the monster. This is a simple pencil on vellum Bristol paper.

This is the spot where the plot gets hot. Laying down basic ink and starting to work out details and how intense to go with those details. My basic instinct (and what I love the most) is to go for insanely complicated, hyperdetailed designs and sometimes (not as much anymore, thankfully) I throw out the baby with the detail bathwater: the character gets lost or I muddy the composition. So far, so good. I've been on a 6 month kick of NO digital so any mistakes I make I have to deal with and move on. I was using Copic multiliner pens: 0.1 for the lines and 0.03 for the details. 0.1 tends to render a bit of a sterile line so I add the fine line details and then often go back over the outlines to thicken them.

Inks are all laid down, details have all been rendered (hair, hatching, drapery, circuitry, monster wrinkles) and the final snow effects have been added. Next step: grey washes and black background.

Here I inked the background and added grey wash contrast to the snow, monster and man. I always wanted to use stark black as a background but when the time came I second guessed myself. So I scanned this into Photoshop, tried a few different background approaches (greyscale and other colours) and was quickly proven right all along. I use Tombow sketch markers to get the layered wash effect and to ink the background. Looking back, I am very happy how it turned out. I'm curious to take this into Photoshop and tinker with the composition and see how it could have been even more dramatic. I also would probably remove the 'lighting flare effect' from the flash light and simply rely on the whiteness of the snow but I don't quite know. What's done is done, I'm happy with the result and so is my client.
Comments 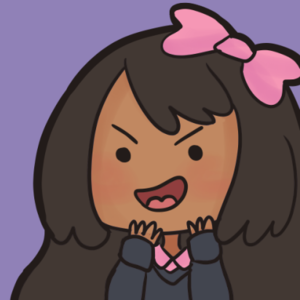 I love the wide variety of textures on the creature. The details are really mesmerizing and creepy! I like the addition of the grey wash too, and the silhouette against the black. Nice work! 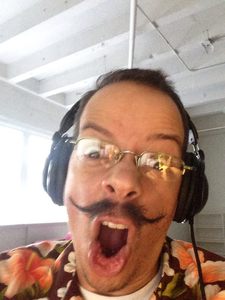 Thanks Ange-la-ange! So many nice compliments :D I love details, hair and texture.

Users who favorited this project

No one has favorited this project (yet!)